Stocks suffered their worst weekly decline in two years as investors appeared to worry about rising interest rates and elevated valuations. The major benchmarks fell largely in tandem, and all entered correction territory, declining 10% from their recent highs (the S&P 500 was still up over 13% from a year earlier however).

A sharp rise in average hourly earnings appeared to have set off the market’s slump the previous Friday and worries about rising wage pressures seemed to play a continuing role in the week’s declines. Thursday brought further evidence of a tightening labour market, with weekly jobless claims falling to their lowest level since January 1973, when the U.S. labor market was a little over half its current size. The prospect of increased Treasury borrowing may have also fueled fears of higher bond yields and interest rates.

Legislation sharply increasing both defense and other forms of discretionary spending was signed into law by President Donald Trump on Friday morning. Many expect that the extra spending, combined with recent tax cuts, will force the government to borrow over $1 trillion in the coming fiscal year, the most since the stimulus measures following the global Financial Crisis in 2008–2009.

European stocks also fell during a week of volatility and fears about the global ramifications of a broad stock sell-off in the U.S. Earlier in the week, the European benchmark Stoxx 600 posted its biggest one-day percentage drop since June 2016. Despite a brief respite midweek, European stocks continued to slide as the week continued. The UK FTSE 100 Index, whose companies earn much of their revenue from outside the UK, dropped to a one-year low, hobbled both by the global rout in equities and a weakened pound. Germany’s DAX 30 and France’s CAC 40 were also weak. Banks, utilities, and energy stocks were notable fallers.

The week was not devoid of good economic news; quarterly corporate earnings reported during the week were largely positive. China’s demand for European imports remained strong, and French industrial production rose more than expected in its latest reading. In Germany, Chancellor Angela Merkel finally hammered out a new government coalition between her conservative alliance and the left leaning Social Democrats. Despite this, the DAX still remained in negative territory.

The European Union is on track to continue its fastest expansion since the global economic crisis, according to economic officials for the 19-member eurozone. Gross domestic product could reach 2.3% in 2018, an increase from the 2.1% that EU officials forecast in November. The global increase in trade, relatively low inflation, and beneficial monetary policy from the European Central Bank are accentuating solid growth in the eurozone. But EU officials noted that slow wage growth and higher borrowing costs could act as weights. Uncertainty surrounding Brexit and other geopolitical tensions were also counterpoints that could dim the growth forecast.

At its meeting during the week, the Bank of England MPC voted unanimously in favour of keeping the bank rate at 0.5%. However, in its inflation report accompanying the decision, the BoE warned that to bring inflation down toward its 2% target, it may need to accelerate interest rate hikes: “The Committee judges that, were the economy to evolve broadly in line with the February Inflation Report projections, monetary policy would need to be tightened somewhat earlier and by a somewhat greater extent over the forecast period than anticipated at the time of the November Report, in order to return inflation sustainably to the target.” UK inflation hit a five year high of 3.1% in November but has since dropped to 3% in the latest reading. Following the BoE’s somewhat hawkish announcement, UK government bonds sold off, as some investors now expect that rate hikes could come sooner than previously anticipated. 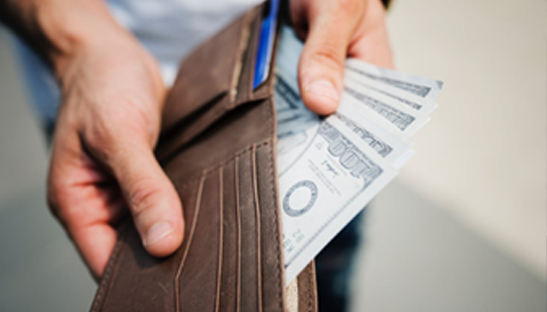 Farringdon Wealth has become the latest financial advisory firm to open in Singapore. The subsidiary of Farringdon Asset Management will...
Read More

More from the news